GIVE
Home / News & Announcements / VIRTUAL: Tech and the City: How the Internet Affects our Urban Societies 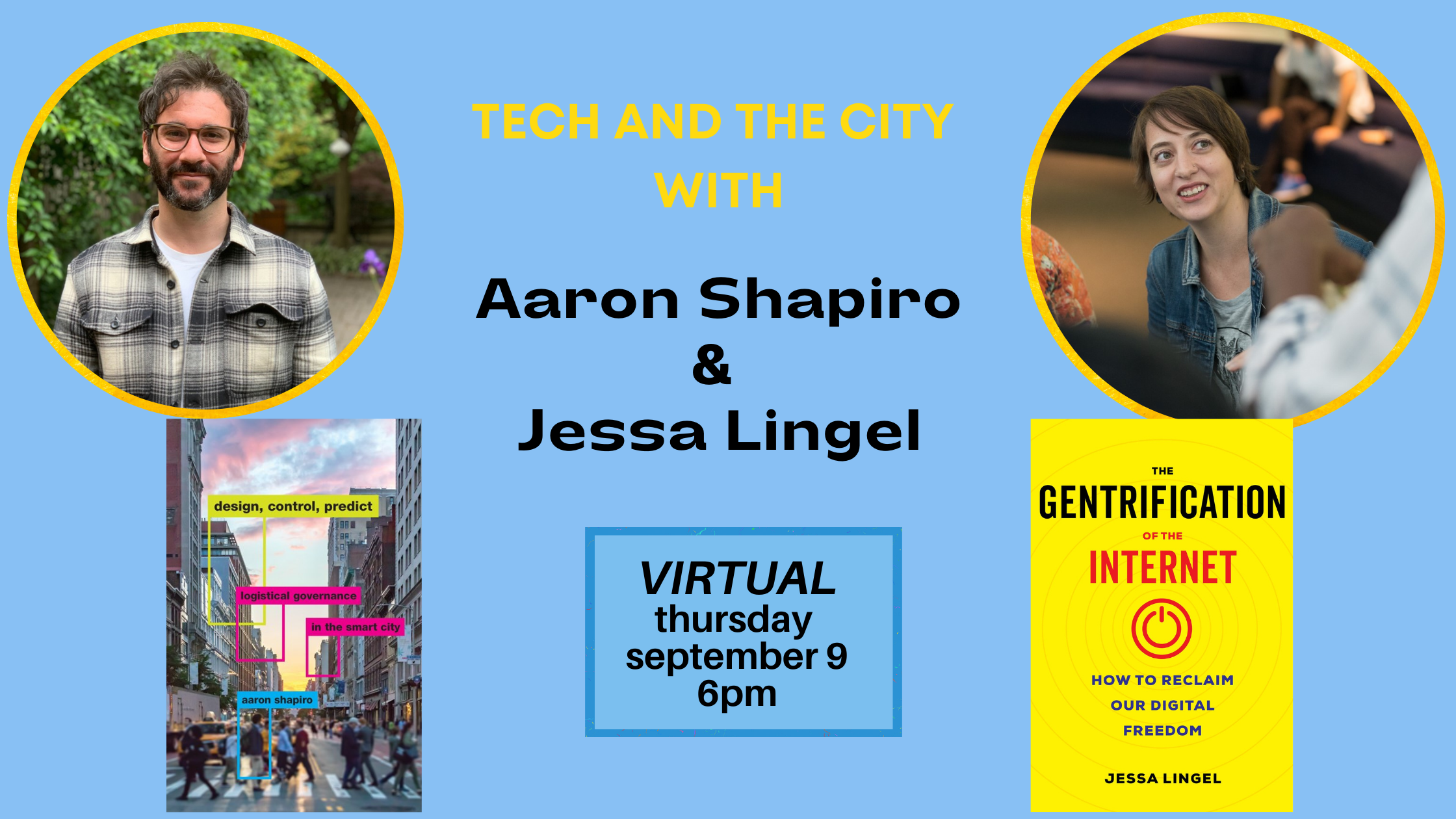 In the early days of the Internet, the Web was like a great city: an experimental space for community building, where strangers from across the world could connect to experience something closer to the full diversity of human expression. This vision—for both cities and the Internet—risks extinction today. The economic currents buoying the multi-trillion-dollar tech industry prioritize corporate profits over public good, crisp aesthetics over community, and data extraction over individual dignity. This event brings together two authors who share a critical appreciation for the relationship between cities, technology, and inequality. Aaron Shapiro’s ethnographic work in Philadelphia and New York provides a ground-level view of how tech fails as a solution to “urban problems,” while Jessa Lingel’s critical appraisal of today’s hyper-corporate Internet shows that even networked communities can be gentrified. In conversation, their books cast a stark light on the consequences of technology for marginalized voices, online and off.

Aaron Shapiro received his PhD from the Annenberg School for Communication at the University of Pennsylvania and is currently Assistant Professor of Technology Studies in the Department of Communication at UNC–Chapel Hill. His research examines the cultural and economic impact of new media technologies and infrastructures. Aaron’s writing has appeared in Nature, New Media & Society, Media, Culture & Society, and Surveillance & Society among other outlets, and his first book Design, Control, Predict: Logistical Governance in the Smart City was published by the University of Minnesota Press in 2020. He lives in Carrboro, where you can catch him biking around with his son Nico and wife Natalie.

Jessa Lingel is an associate professor at the Annenberg School for Communication and core faculty in the Gender, Sexuality and Women’s Studies Program at the University of Pennsylvania.  She received her PhD in communication and information from Rutgers University.  She has an MLIS from Pratt Institute and an MA in gender studies from New York University.  Her research interests include digital inequalities and technological distributions of power. The Gentrification of the Internet is her third book.