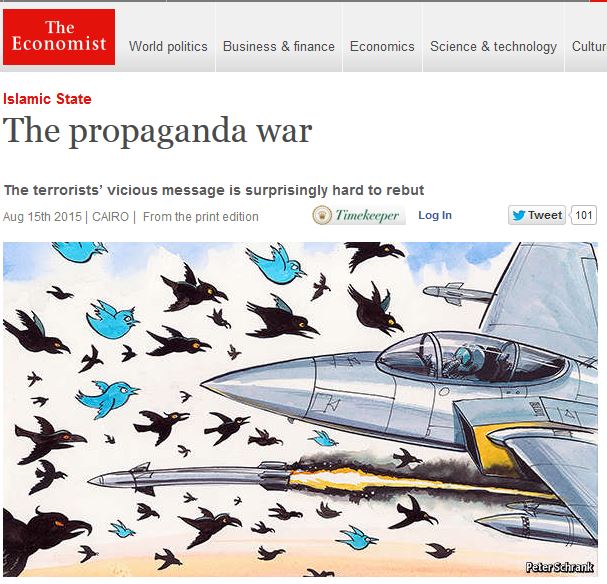 “One reason may be that since its declaration of a caliphate in Iraq and Syria last year, IS has stood out from terrorist predecessors for the quality of its propaganda. Its video productions are “a generation ahead” of other groups, reckon Cori Dauber and Mark Robinson, media experts at the University of North Carolina. In a recent paper they outline a range of sophisticated techniques the group wields to heighten the power of its visuals, from care in choosing starkly contrasting colours—think black uniforms and orange jumpsuits—to the use of multiple cameras, tight focus, “subjective” angles and intimate sounds to create an eyewitness effect.” {excerpt}

For the full article, go here.