The Daily Telegraph newspaper recently reported how 13-year-old Zubair Rehman’s testimony at a congressional briefing, in describing how a US drone missile strike killed his grandmother in Pakistan, moved a translator to tears.

The story of the Rehman family is featured in a new film on the human cost of drones strikes, Unmanned: America’s Drone Wars, which is released this week.

The Daily Telegraph also reports that Amnesty International estimates drones have killed 900 civilians in Pakistan, though a figure disputed by the US, it is widely accepted the uses of drones has ‘intensified dramatically’ under Barack Obama, as US troops in Afghanistan and Pakistan are withdrawn.

But a neglected aspect of drone warfare, or UAV’s (Unmanned Aerial Vehicles), which doesn’t grab headlines is their psychological impact – particularly important as this pertains even when the drones aren’t killing innocent civilians.

For example, Zubair Rehman’s testimony to the US Congress, as reported by The Daily Telegraph, included: “Now I prefer cloudy days when the drones don’t fly. When the sky brightens and becomes blue, the drones return and so does the fear. Children don’t play so often now, and have stopped going to school. Education isn’t possible as long as the drones circle overhead.”

Is it possible that inducing a psychological state of fear and paranoia is not just a side-effect, but indeed part of the tactical purpose behind deploying drones? What would be the longer term mental impact on us, if drones constantly circled overhead where we live, arbitrarily and randomly striking out people we knew, every now and then? 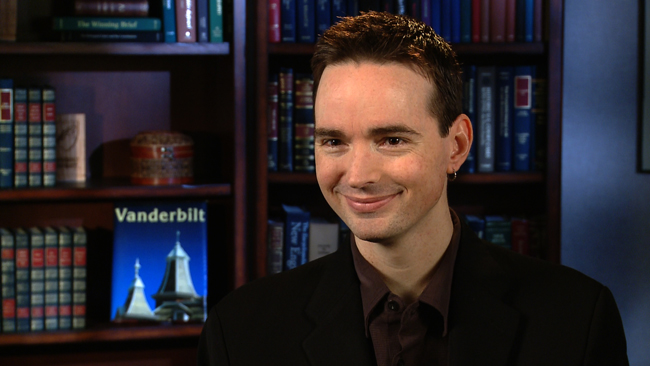 m The University of North Carolina at Chapel Hill, USA, have recently published an analysis of drones, which points out a new phenomenon has stealthily crept into warfare, beneath the public and media radar. Wall and Monahan coin the term – ‘the drone stare’ – a new type of surveillance that’s a constant stare against the enemy.

They cite drone operators who comment: ‘We spend 70 to 80% of our time doing this, just scanning roads’. Their paper entitled Surveillance and violence from afar: The politics of drones and liminal security-scapes, quotes evidence that during 2007 and 2008, in Iraq and Afghanistan, drones flew 10,499 missions but fired missiles in 244. During this period the UAV’s were conducting 34 surveillance patrols each day in Iraq and Afghanistan, up from 12 a day in 2006.

The paper published in the academic journal, Theoretical Criminology, provides evidence for a new military program dubbed the Gorgon Stare- named after the Greek mythological figure whose gaze could turn victims into stone. The aim is to dramatically increase the video feed capable of being transmitted and recorded by standard drones.

A clandestine aspect of drone warfare is the psychological impact on a population of being constantly spied upon, to the extent of preventing them leading normal lives and, oddly enough for a supposed ‘anti-terror’ weapon, terrorising them, as exemplified by Zubair Rehman’s testimony to the US Congress.

This mental issue doesn’t detract from the human cost in innocent lives lost, it’s just one of the more hidden yet profound impacts on those who survive a drone strike. Tyler Wall and Torin Monahan cite a study of US drone attacks in Pakistan from 2004 to early 2010, by the New America Foundation, which found that around 32% of drone-induced deaths during this time were civilians.

There are other reasons why drones are not quite the perfect weapon they are portrayed by the military. Tyler Wall and Torin Monahan cite an example in 2009 when Iraqi insurgents accessed unencrypted video footage from US Predator drones.

Neil Jacobstein, who Co-chairs the Artificial Intelligence and Robotics Track at Singularity University on the NASA Research Park campus in Mountain View California, points out that like the Internet, which began as a military sponsored technology, but rapidly transformed to primarily commercial applications, drone technology can have constructive uses, such as search and rescue missions.

In an article entitled: Drones: A 360 Degree View published in World Policy Journal, he describes many constructive applications, but notes that that criminals have flown drones with drugs over borders and dropped cell phones over prison walls. Jacobstein concludes that we will need to develop a nuanced system of layered controls to permit growing commercial applications, while defending against drones being used in opposition to us.

But Robert Lifton, a lecturer in psychiatry at Columbia University, New York, suggests that the psychology of drones which makes them so attractive to the US military, and hence their ever-rising use, is the remote nature by which death is administered. He suggests this obscures central truths of war, the reality of killing, death and dying.

In his recent paper entitled The dimensions of contemporary war and violence: How to reclaim humanity from a continuing revolution in the technology of killing, Robert Lifton argues part of the psychological appeal of drones lies in their abolition of human risk; he quotes one military man – “when a robot dies you don’t have to write a letter to its mother”.

But the lure of seemingly riskless war, contends Robert Lifton, is that in appearing to lower the human costs of fighting, drones will seduce us into more military adventures.

The psychology of drones, argues Dr Lifton, is similar to that of nuclear arms. Atomic bombs represent what he describes as “the ultimate spiritual disease of our era”. This is embracing weapons as the supreme power, and therefore the only means of maintaining peace. Drones also represent the grip of technology, in the same way we psychologically embraced nuclear weapons.

‘Nuclearism’, according to Robert Lifton is the modern spiritual disease because it involves worshipping a technology that actually threatens to destroy humanity.

Dr Lifton also points out that Drone operators engage in 10 or more hours of remote warfare before commuting home. Their quick movement in and out of war-making is enabled by a psychological mechanism he refers to as ‘doubling’; calling forth a functional second self by a single individual as a means of adapting to opposite environments – a place of killing just a short car drive from suburbia. It may be that the military under-estimates the longer term destructive psychological impact on drone operators.

Robert Lifton’s paper is recently published in the Bulletin of the Atomic Scientists and he reminds us of the most popular toast made at annual meetings of the anti-war group, ‘International Physicians for the Prevention of Nuclear War’.

Either a Soviet or American physician would make the toast, which was as follows: “I drink to your health and long life and that of your countrymen and your leaders. Because if you die, we die; if you survive, we survive.”