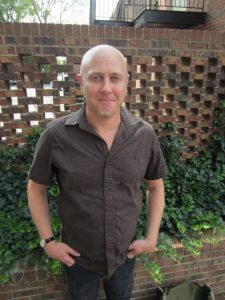 My research and teaching address performance as an artistic event, a form of lived experience, and a political act, drawing on performance theory, experimental theatre practice, theatre and cultural historiography, critical race theory, the history and practice of social movements, and performance-as-research.  My work focuses on two related areas: (1.) performances that construct and/or disrupt political power and (2.) theories and histories of artistic practice in 20th and 21st century experimental theatre and interventionist performance.  My book, Paul Robeson and the Cold War Performance Complex: Race, Madness, Activism (University of Michigan Press, 2012) locates the performances of the singer, actor and activist Paul Robeson within a broader analysis of US cold war culture.  Based on archival and other historiographic research, the book introduces the term “the performance complex” as a way to name both the performance practices and the discourses of performance that constitute and consolidate state and corporate power in addition to producing sites of radical intervention and resistance.

My current book project, The New Thing: Ruptural Performance, Impossible Theatre, and Social Practice presents an approach to contemporary performance called “The New Thing,” a term I borrow from the Free Jazz movement to describe the continuous (re)production of an historicized “new,” the animated materiality of the “things” of performance (bodies, ecologies, gestures, constructed environments, objects, time, and space), and the theatrical condition of perpetually both becoming-new and becoming-thing.  Through my analysis of a global field of performance practices that includes “post-dramatic theatre,” interventionist performances, social movements, dance, and experimental video, I argue that what Federico García Lorca called the “theatre beneath the sand” is a necessary political intervention in the context of global capital flows and the financialization of everyday life.

I am also currently developing an edited book on Mary Overlie, Performing The Viewpoints: The Theory and Practice of Mary Overlie (under review, University of Michigan Press), which critically engages Overlie’s contributions to theatre and dance, particularly the theory and practice of the Viewpoints.

I am also an active performance practitioner, working as an actor, director and playwright. Having trained as an undergraduate performance studies major at Northwestern University in literary adaptation, I have since trained extensively with SITI Company, Goat Island, and Mary Overlie.  My work brings together this background in adaptation and devised theatre, usually with a focus on political themes.  In all of my work, I focus on the ways in which the unique materials of live performance – bodies, time, space, chance, audience and language – can attend to social, political and economic “problems” to be wrestled with in the shared event of a theatrical performance.  My productions have received three “Best Overall Production of the Year” citations over the past five years by the Independent Weekly newspaper, as well as awards for Best Adapted/Original Script and numerous commendations for the work of my performer and design collaborators.