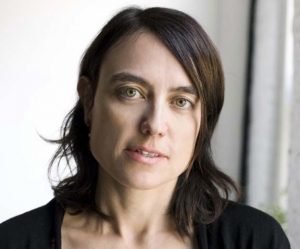 Julia Haslett makes expressionistic documentary films on historical and contemporary subjects. Her work has shown at festivals, theaters, and on broadcast television around the world. Her most recent feature-length project, An Encounter with Simone Weil, is a personal essay film inspired by the French thinker, activist, and mystic, Simone Weil. It premiered at IDFA (Amsterdam), won Michael Moore’s Special Founder’s Prize at the Traverse City Film Festival, and was a New York Magazine Critic’s Pick during its 2012 US theatrical run. She is producer/director of the highly acclaimed Worlds Apart series about cross-cultural medicine, and producer of the companion hour-long documentary Hold Your Breath (PBS 2007). Her documentary shorts have screened at Full Frame, Black Maria, and Rooftop Films, among many others. Julia has received fellowships from the MacDowell Colony and the IFP Documentary Lab, and her work has been supported by numerous foundations, including the Vital Projects Fund, the Greenwall Foundation, and the Florence Gould Foundation. She has worked at WGBH-Boston (PBS), the Discovery Channel, and as a Filmmaker-in-Residence at the Stanford University Center for Biomedical Ethics. From 2013–2014, she was a visiting professor and Head of Film & Video Production in The University of Iowa’s Department of Cinematic Arts. She recently completed her second feature-length documentary, Pushed up the Mountain, a poetic and emotionally intimate film about plants and the people who care for them.