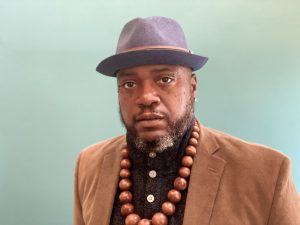 Piller Professor of the Practice

Area of Study: Writing for the Screen and Stage

Howard L. Craft is a father, husband, playwright, poet, essayist, and arts educator. He is the author of more than ten plays including Freight: The Five Incarnations of Able Green, which was chosen as a New York Times Critic Pick during its’ March 2015 Off-Broadway run; The House of George, Stealing Clouds, Calypso and the Midnight Marauders, Orange Light, a children’s musical entitled Indigo Blue, and The Jade City Chronicles Volume 1: The Super Spectacular Badass Herald M. F. Jones. Following the successful stage production of The Jade City Chronicles Volume 1, Craft and former WUNC “The State of Things” host Frank Stasio created the first African-American Super Hero Radio Serial entitled The Jade City Pharaoh, which aired on the station for three seasons.

Craft is a recipient of a North Carolina Arts Council Playwriting Fellowship and a two-time winner of the NCCU New Play Project. He is the author of two books of poems, Across The Blue Chasm (Big Drum Press 2000), and Raising the Sky (Jacar Press 2016). His poetry also appears in Home is Where: An Anthology of African-American Poets from the Carolinas, edited by Kwame Dawes. His essays have appeared in The Paris Review and have been included in The Routledge Companion to African American Theatre (Routledge Press 2019). Craft is currently the Piller Professor of the Practice at North Carolina Chapel Hill.