Constructing a Creative and Feminist Trans*masculinity… 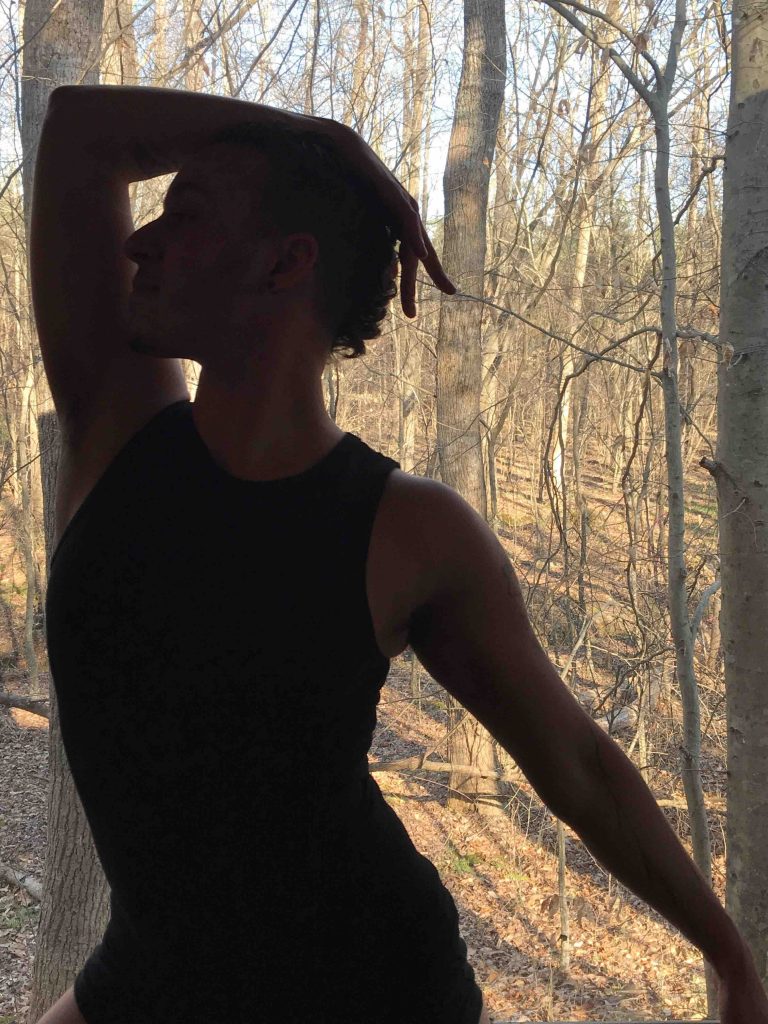 Admission is free, but seating is limited.  If you would like to reserve a seat you can do so for a $5 donation. Go to http://www.processseries.unc.edu/ to learn more.

The Process Series tenth season continues on Friday and Saturday, March 30th and 31st  at 8p.m. with Unbecoming Ailey: Constructing a Creative and Feminist Trans*masculinity…

Un-becoming Ailey is a Performance as Research project that centers blackness as the moving geography through which transness emerges. Taking up Brenda Dixon Gottschild’s “black dancing body,” the project asks what the nature of gendered movement is for the black trans* dancing body. Daniel returns to his dancing body as a performance artist, ten years removed from a sixteen-year childhood dance career in ballet and modern dance. The project is not about Alvin Ailey per se, but rather, marks the releasing of Ailey as a signifier of what he “should have wanted” growing up as a half black little girl in the professional dance world.

Artist Daniel Chávez states, “When I embarked on this project, I had no real idea of its importance for myself or for others. Curiously, the development of this project has been as much about the private and intimate work required in body, mind, and spirit that is not publicly archived as much as it has been about what will be shared for audiences. The Process Series model has been crucial in this way. It is my desire that this piece, in its rigorous reflection, opens space for others to consider what it means for racialized trans* bodies to move in dance and in social space.”

The first performance iteration comes after six months of initial weight training and a return to movement practice. This performance is a movement study about race and feminist transmasculinity that crosses dance forms like ballet, modern dance, and salsa, brought together with video work, poetry, and oral history.  Joseph Megel, artistic director of the Process Series notes, “It is a joy to welcome Daniel back to UNC (he recently received his Ph. D. in the Department of Communication here) to share his formidable skills both as a scholar and a performance artist.  We are particularly thrilled that this project received the first New Work Commission Award from the Provost’s Committee on LGBTQ Life.”

Daniel Coleman Chávez, PhD is a transfeminist scholar, performance artist and dancer, and organizer who has been living and creating in North Carolina and Chiapas, México for the last six years. He is currently a Lecturer in Women’s and Gender Studies at UNC Greensboro and an Organizing Fellow with Southerners on New Ground.Daniel received his PhD in spring of 2017 from the Department of Communication Studies at UNC Chapel Hill. He was formerly a core troupe member of La Pocha Nostra (2014-2017), collaborated with the platform against feminicide in Chiapas, Arte Acción (2014-2016), and performed and taught with the duet performance project Proyecto Inmiscuir (2015-2017). Daniel has performed and taught throughout México, Canada, and the United States, as well as in Costa Rica, Brazil, Colombia, Spain, Portugal, France, The Netherlands, Greece, Poland, and Estonia.

Dedicated to the development of new and significant works in the performing arts, The Process Series features professionally-mounted, developmental presentations of new works in progress. The mission of the Series is to illuminate the ways in which artistic ideas take form, to examine the creative process, to offer audiences the opportunity to follow artists and performers as they explore and discover and by so doing to enrich the development process for artists with the ultimate goal of better art and a closer relationship between artists and audiences. The Series is a program of the Department of Communication at the University of North Carolina at Chapel Hill.www.processseries.unc.edu