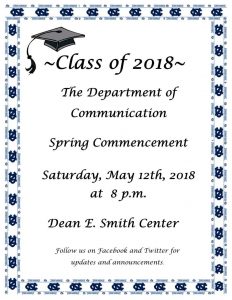 The Department of Communication invites the Class of 2018 to the department commencement ceremony on Saturday, May 12th, 2018 at 8:00pm in the Dean Smith Center, the “Dean Dome.”

We are very proud of our students and hope that they will be able to attend with their friends and family. If you have questions, please feel free to contact us at (919) 962-2311.

The Department of Communication is excited to announce Rashad Hussain as the 2018 department graduation speaker! 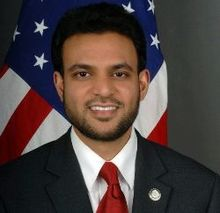 Rashad Hussain served as President Obama’s Special Envoy to the Organization of Islamic Cooperation (OIC), US Special Envoy for Strategic Counterterrorism Communications, and as Deputy Associate White House Counsel.  He is presently Senior Counsel at the Department of Justice’s National Security Division.  In his role as OIC Envoy, Hussain helped develop U.S. policy and deepen and expand partnerships with Muslim-majority countries, civil society organizations, and the OIC, the world’s second largest multilateral organization after the UN.  As Special Envoy for Strategic Counterterrorism Communications, Hussain led an inter-agency body that worked with international partners to amplify credible narratives in countering terrorist propaganda.

Mr. Hussain graduated from UNC-Chapel Hill in ’99. Later, he received his J.D. from Yale Law School, where he served as an editor of the Yale Law Journal. Upon graduation in 2007, he worked as a Law Clerk to Damon J. Keith on the U.S. Court of Appeals for the Sixth Circuit.  Mr. Hussain also earned his Master’s degrees from Harvard University in Arabic and Islamic Studies (’01) and Public Administration from Kennedy School of Government (’07). His academic writings have focused on national security and constitutional law. In January 2013, Mr. Hussain received the Distinguished Honor Award, which is given for “exceptionally outstanding service to the agencies of the U.S. Government resulting in achievements of marked national or international significance.”

Is there parking? Yes. Skipper Bowles and Williamson Lots. 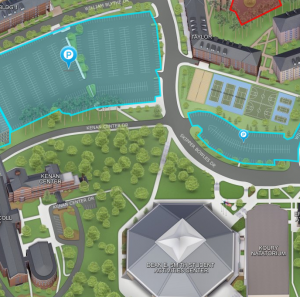 How early should I arrive? Plan to arrive around 7:30pm

Are there tickets? No. You may bring as many guests as you like.

Is there assigned seating? No. Sit wherever you like.

If I graduate in the summer or fall, may I attend? Yes. You may attend the spring commencement before or after your official graduation.

Will my name be in the program? Undergraduates that applied for spring graduation with advising will be supplied to us by the registrar’s office and included in the program.

Those who graduated Fall 2017 will also be included as well as any Summer 2018 graduates who responded to our call & let us know they would be graduating.

Will they call my name? Yes. You will fill out a card and the announcer will use this to call your name as you walk across the stage.

Will I get my diploma? Sort of. You will be handed a mock one on stage and your real one will be mailed to you, months later.

Do I have to wear a cap/gown? No, but most people do. You may wear whatever you like.

Is there a photographer? Yes. GradImages will capture a photo of as you walk across and exit the stage. Those photos will be sent to you based on the contact information you provide on the name card. Also, feel free to bring your own camera as well.

Will there be a reception? No.