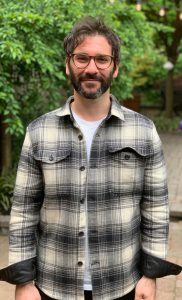 Department of Communication Assistant Professor and Woody Durham Fellow Aaron Shapiro received a Junior Faculty Development Award from the Provost’s Office to advance his next book project: A Critical Study of the “subscription economy.”

The subscription economy refers to businesses that sell access to goods and services via recurring payments rather than discrete transactions, including both bundle-based subscriptions (such as meal kits, wine clubs, razors, children’s toys, and books) and access-based services (software, streaming media, newsletters, podcasts, and premium membership).

Shapiro is an assistant professor of technology studies who is interested in how the recent explosion in subscription offerings relates to wider changes in the political and moral economy of consumer culture. Are subscribers members of a community brought together under a brand’s umbrella, as business writers and entrepreneurs suggest? Are they invested, as patrons or stakeholders, in forms of cultural production or even the success of specific cultural producers? Or are they more like renters, paying for access to things they would otherwise purchase and own? These are some of the questions he will seek to answer.

As the tech bubble continues to burst, Shapiro says he’s convinced that the subscription model will become even more pervasive. With the funds from the Junior Faculty Development Award, he plans to hire a graduate student to help conduct interviews with various parties to the subscription economy to get a better sense of the business model’s social, economic, and political significance.