⭐️MEET BAILEY⭐️
~ Bailey is a Communication major (media production) with a studio art minor!
~ Her favorite class in the department was COMM 337 because it taught her so much about the film industry! (but COMM 330 was a close second because she met some great comm friends 🥰)
~ She is currently involved in a couple short films through @carolina.film.association so she said “keep an eye out for our stuff this spring!!” 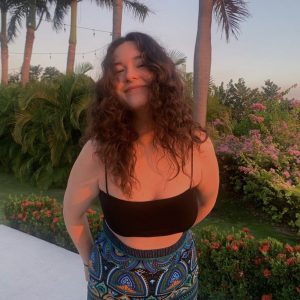 ⭐️MEET RYLAND⭐️
~ She is pursuing a double major in psychology and communication studies with a concentration in interpersonal and organizational communication and a minor in music 🎶
~ She is a junior!
~ Her favorite comm class so far has been COMM 224: Introduction to Gender and Communication, and she said the course was incredibly eye-opening and instilled an appreciation for the ways in which gendered social norms are practiced and enforced through communication
~ Ryland says “what I love the most about being a student at UNC is being a part of the @uncloreleis and a member of @uncalphaphiomega. Both communities have filled my life with amazing experiences and wonderful people, who have helped shape who I am!” 🥰 ~ Sarah is a junior, double-majoring in media & journalism and communication (media production concentration)
~ Her favorite class in the dept was COMM 330: Intro to Writing for Film and TV, with Professor Nizar Wattad! She said “I went into the class never having read a screenplay, but my writing improved so much throughout the course!”
~ She came to the communications department because she has always been impressed with the amount of work and creativity that goes into creating films and TV series! 📺
~ Some fun facts about Sarah are that she loves people-watching from the steps of Wilson & her favorite movies are Ratatouille and The Secret Life of Walter Mitty ✈️ ~ They are a Ph. D. student and graduate teaching fellow focused on performance studies, specifically stand-up comedy.
~ Joey says “My favorite comm class to teach is the new one I’m teaching, COMM 260, Introduction to Performance and Social Change. I get to think with students about how performance, specifically comedic performance plays a role in social justice and revolutionary movements”
~ They explained that the Communication Department at UNC allows them to study and create performances with incredibly talented and kind faculty and grad colleagues
~ A fun fact about Joey is “While touring with my band Joey Cougar & The Starfish, I walked off stage at Whiskey Bone’s Roadhouse in Rochester, Minnesota and forced my drummer to perform a drum solo because we did not have enough songs to fill up our two-hour set” 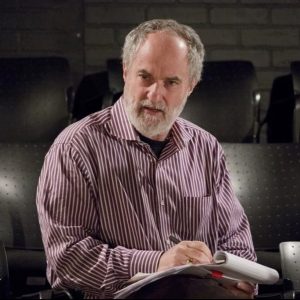 ~ Joseph Megel has spent the last 20 years focusing on the direction and development of new works for theatre 🎭 film 🎬 and video 🎥
~ Joseph is an artist in resident here in the Communication Department and he helps run the Process Series that features works of art and performance throughout the year!
~ Joseph recently received a curriculum development award from the Center of European Studies! 🏆 It will help him add content to COMM 435: Memory Acts, which will support his trip to Berlin 🇩🇪 and Vienna 🇦🇹 this May to work with translator Henning Bochert on adaptations of Turkish-German Playwright Ozlem Ozgul Dundar, as well as doing some autoethnographic research in Vienna!