Dr. Lawrence Grossberg was interviewed by Sharmini Peries, a reporter for The RealNews.com, to discuss the 2018 Conservative Political Action Conference, which was held in Harbor, Maryland. Read and watch the interview here.

Now available, Dr. Grossberg’s new book: Under the Cover of Chaos – Trump and the Battle for the American Right.

“Are Donald Trump’s irrationality, cruelty, and bombast symptoms of his personality? Is the chaos surrounding him a sign of his incompetence? Are his populism, illiberalism and nationalism just cynical appeals to existing feelings of abandonment, resentment and rage?

Lawrence Grossberg shows that the truth is bigger and more frightening. Locating Trumpism in the long struggle among traditional conservatism, the new right and the reactionary right, he suggests that the chaos is far more significant and strategic … and dangerous. Taking the intellectual arguments of the reactionary right seriously, he projects a possible, nightmarish future: a cultural nationalism governed by a popular corporatocracy.

He lays bare how contemporary political struggles are being shaped by a changing national landscape of moods and feelings, marked by a growing absolutism of judgement and belief, and new forms of anxiety, alienation and narcissism.” 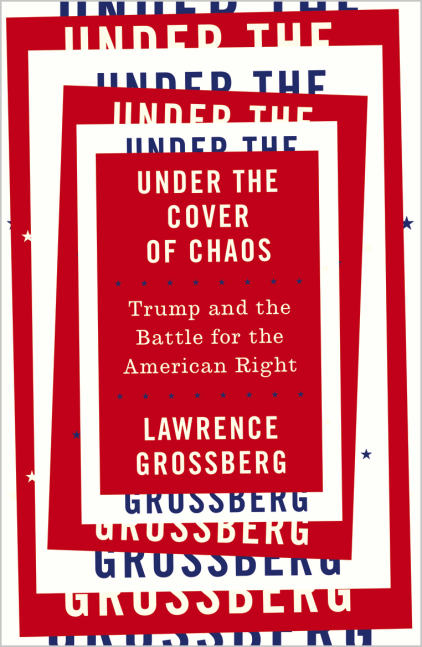