Created and performed by Rob Jansen, who says, “This play asks us how we respond when our world comes to an end.  While Agee’s 1949 screenplay was a direct response to the dropping of the atomic bomb, the Tramp’s story of survival amidst ultimate destruction and his ability to find laughter in the darkest of places is universal in its relevance to any time.”

Director Joseph Megel says, “Given the volatility of the world we live in, with its ever- present existential threat from endless warfare and environmental degradation, Rob uses the poetry of Agee to connect us with our own humanity through the character of Chaplin’s Tramp — urging us to find what is worth saving, what is valuable about being human in the face of so much grief and loss.” Reviewed by Byron Woods in the Independent Weekly: Charlie Chaplin and James Agee after the nuclear apocalypse in The Tramp’s New World 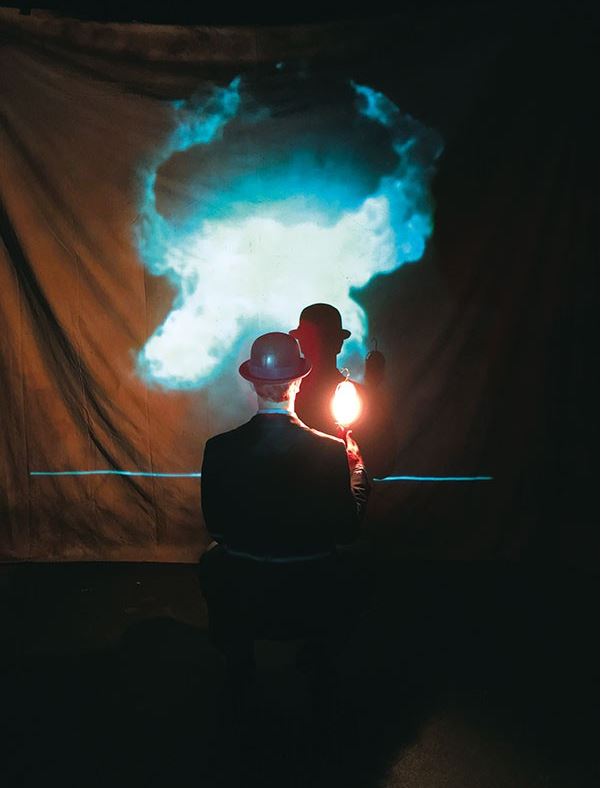