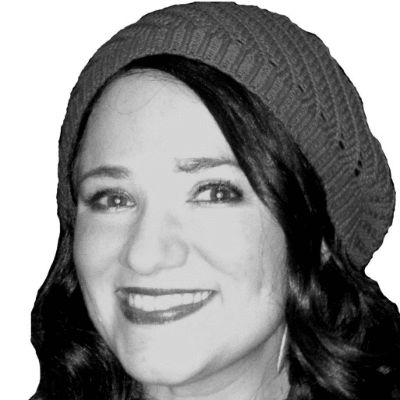 When designer Kahindo Mateene came to the United States at the tender age of seventeen to attend college, her classmates couldn’t stop asking where she got her clothes. A native of the Democratic Republic of Congo who had also lived and traveled extensively in Africa, Europe, and North America, the global nomad was a little taken aback by the attention she received for her vibrant, multi-cultural hand-made designs. After studying fashion at the Illinois Institute of Art in Chicago, Kahindo was finally able to pursue her dream of creating a line that would fuse her African heritage with Western design sensibilities. In 2009 she launched Modahnik, a sophisticated, sexy couture collection that features bright colors and bold prints for the every-day, modern woman. Besides earning her respect in the fashion industry and a spot in season twelve of Project Runway (yes, the Project Runway), Modahnik has also given her a platform to share her culture with the world and give back to women in Africa.

In 2011 Kahindo created a line in Kenya using fair trade practices, and just recently she launched a Kickstarter campaign for Mamafrica, an amazing organization (which I wrote about here) that provides economic opportunity, education, and healing arts programs for women in the Democratic Republic of Congo. These women, or ‘mamas,’ most of whom are recovering from trauma as both rape and war survivors, will be making clutches from the repurposed fabric left over from previous Modahnik collections. As Kahindo cites in her moving story about Aswifewe, one of the Mamafrica women who is a rape survivor, “the support of this Kickstarter project gives Aswifewe and other women like her the chance to have a new life, escape sexual violence, and support her family by finding work with Mamafrica in making our clutches.”

I talked to Kahindo more about her project with Mamafrica, her perspective on ethical fashion, and her aesthetic inspirations. Her passion and energy is contagious, and I felt like we could have easily chatted for hours. It was fascinating to learn about her design process, and from where she draws ideas for her collections. She cites traveling to new places as a guaranteed form of inspiration for her, since it opens her mind and creativity to new tastes, sounds, culture, architecture, and people. She also mentioned menswear, the shows Game of Thrones and Mad Men, and the sharp architectural edges of the Louvre in Paris as recent inspirations for her line. Of course she frequently draws from Africa, particularly the avant-garde art and culture of the Congo. She grew up admiring the spirit of the ‘Sapeurs,’ a sartorial subcultural group celebrated for their elegance, originality, and flair.

The fashion world has long been fascinated by Africa, with designers from Louis Vuitton to Gwen Stefani pulling inspiration from the continent for their collections. While the clothes have often been gorgeous, some have questioned the potentially exploitative practice of using African aesthetics for the “financial and cultural benefits of the West,” especially if they are not incorporating African textiles in their designs or giving back to the communities from which they are derived. Even though Kahindo does think this can be problematic, she also sees the benefits of someone with as huge a platform as Stefani bringing attention to African fashion. Still, she does not want Africa to become a ‘trend.’ This is why she creates her bold prints from tailored pieces of silk that are sophisticated and classic. As she put it, “We’ve made fashion into this disposable thing, but it doesn’t have to be that way. I made a dress for a friend six years ago, and she wore it to an event a couple of months ago. The colors and cuts are truly timeless.”

She also believes in the importance of using her privileged position to give back to the women in her home country. This partnership with Mamafrica is important to her because as she puts it,

“I know that I’m blessed to be in the States to pursue my dream, and I know if it wasn’t for circumstance, it could have been me. My hometown of Goma has been the epicenter of the conflict in the Congo since 1994 and is where a lot of women have been raped. I truly believe in the healing power of the arts, and I would love to use my craft to help empower women healing from trauma. This collaboration will be empowering them with job skills while allowing them to take part in the design process with me. It touches on so many issues that I’m passionate about: job creation, the healing arts, creative expression, ethical consumerism, and empowering women.”

Indeed, Kahindo believes that along with creating sustainable jobs, educating and empowering women is the key to poverty reduction in the Congo and Africa. Her late father instilled the importance of education in her, and pushed for all of his children to attain life’s possibilities regardless of their gender. It is no wonder then that the Brigham Young quote, “You educate a man; you educate a man. You educate a woman; you educate a generation,” resonates so deeply. She hopes that this partnership will help create and strengthen educational and economic opportunities for the mamas that will allow them to provide for their families and give their children access to a better life.

As for the future of ethical fashion, Kahindo believes times are changing. In the wake of global factory fires in countries like Bangladesh, companies are beginning to bring production back stateside as they are faced with human rights violations and growing costs overseas. With that shift in consciousness she hopes that there will also be more of a demand for African-owned brands that put money back into the local economies. The continent is not short of entrepreneurs (and boasts the highest rate of female entrepreneurship in the world), and it is certainly not short of tailors and creative people! Since almost 99% of African textiles are imported from overseas, she dreams of one day helping to revitalize the industry by producing quality clothing for export. And with her ties to different countries throughout the continent, she hopes to collaborate with other co-operatives in the future.

For more on this story, you can check out my blog.