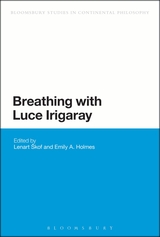 Irigaray Seminar 2011: The Militarization of Identity: An Irigarayan Study of Sexuation, PTSD, and Women Veterans
This research analyzes the phenomenon of Post Traumatic Stress Disorder (PTSD) within the population of women veterans returning from Iraq and Afghanistan. Specifically, I would like to take up the mutual relationship between the representation of women through identity categories, gender and sex and the construction of discourses of PTSD. I will do so by employing Luce Irigaray’s concept of sexuation as a framework for thinking through not only differences between female veterans and male veterans with PTSD, but also difference of sexuate difference in the discursive construction of PTSD.

Sexuation is the difference of sexed physiological anatomy at birth, but it also involves the ways the different sexes experience the world and understand these experiences. Following Irigaray, I will argue that sexuation becomes fundamental to understanding the difference between how men as compared to women both bodily experience trauma and make meaning of the experience. So far, military-funded studies as well as non-military studies explain causes for women’s increased vulnerability to PTSD through either sex or gender: the heightened states of stress caused by female hormones or the repetition of the trauma event triggered by women’s prior trauma such as sexual assault.

When applied, Irigaray’s work highlights the shor-tsightedness of PTSD studies limited by the sex/gender binary; and, rather, Irigaray’s work focuses on decentering social constructions of sex/gender in order to develop women’s subjectivity, women’s culture, and women’s sexed civil rights. Through sexuation we might discover an alternate explanation for PTSD that more accurately analyzes women’s bodily experience of widespread trauma (not just combat related) and, thus, supports their process of meaning making and of building women’s symbolic knowledge.

Key Writings focuses on Irigaray’s description of sexed civil rights for women appropriate for my discussion of women in the military. This excerpt is from her essay: “Civil Rights and Responsibilities” (p 209).

The rights women have gained in the last few years are for the most part rights that enable them to slip into men’s skin, to take on the so-called male identity. These rights do not solve the problems of their rights and duties as women towards themselves, their children, other women, men, and society.

A military advisory commission earlier in the year recommended that the Pentagon lift the ban of women serving in active combat, and the Navy is currently working on the inclusion of women in submarines. While these moves towards women’s inclusion in the administering of national security increases their active civil duty towards the working of democracy, it also puts women at greater risk of violence specific to their sex as well as reduces women’s civil duty to that of men’s. Thus, these developments that have come from civil duty of the military without recognition of Irigaray’s civil rights specific for women, put women in increased danger of more violent exposure and participation in violent acts of combat. In turn, this development carries the potential to increase the cases of women with combat-related PTSD. I hope this research can bring alternate approaches to treating trauma in women veterans more appropriate to their sexuate identity, and more generative for developing women’s culture away from violent practices and towards peace building.

Since I have left the seminar: For my current research, I have built upon previous work starting with a presentation at the 2010 conference in Portoroz, Slovenia, “The Age of Breath: Femininity, Yoga, and Breath.” At this conference in which Luce Irigaray was the keynote speaker, I presented the paper, “Invisible Aesthetics: Performing Breath” for the section, Body, Breath, and Aesthetics.  The proceedings of this conference resulted in the book chapter, “All of My Work is Performance: Irigarayan Methods of Breath for Dance and Voice” for a book co-written by Luce Irigaray. Breathing with Luce Irigaray has been published by Bloomsbury Press, forthcoming October 2013.

I have also built upon my work with Luce Irigaray through creative endeavors, with an operetta inspired by Irigaray’s work. In February of 2012, I co-conceived, directed, and performed the one-woman operetta, “No One Hurts You More than S/Mother.” For much of her work, Irigaray has concentrated on the maternal debt that Western culture/thought has yet to acknowledge. This operetta mediates between issues of identity and modes of relation between women, men, and beyond. It questions what it means to have voice, power, and yet the need for vulnerability and love, starting with our relationships with our mothers.

My current dissertation, “The Modern Diva: A Cultural History of the Diva in the United States” takes up the problem of the commodification of the female body with a focus on contemporary technological, cultural, and socio-political contexts. The “Diva” is the only figure of a woman artist recognized by public imagination as completely in control. However, the “Diva,” known for performances with her commanding voice and glamorous image, should also be acknowledged for her ingenuity  – the modern “Diva” adapts to whichever emerging technologies and new media have been just released for public consumption. She does so through three historic sites: transitioning from the opera stage to silent film, talkies, and, digital and virtual technologies. Through the modern diva, female bodies that prevail as virtuosic and resilient generate productive models for human mobility during major shifts and changes in society. I am particularly interested to depict the modern “Diva” as a woman artist who has strategically and tactically navigated structures of modernity for agentive practices, and for the social mobility of women audiences.